The city of Grenoble has shared its history with the Bastille site for over 2000 years. The Bastille is a mighty limestone rock that has been transformed over the centuries.
The impressive military construction found here today was built between 1823 and 1848. The remarkably well-preserved ensemble of fortifications was designed to counter an attack on the Dauphiné by the Duchy of Savoy from the Chartreuse, location at the time of the border between France and Piedmont.
One of its highlights is the 16th-century watchtower built when Lesdiguières was constructing the first fortification. We also cross paths with the shadows of Vauban and General Haxo, the latter of whom was responsible for creating the defensive system visible today.
This fortified complex was never stormed and the only time it came under fire was in 1944. It is now on the supplementary register of historic monuments.
Abandoned for good by the army in 1940 and after the installation of the first urban cable car in 1934, the Fort gradually became a popular place for a stroll and a remarkable tourist attraction thanks to its exceptional view over the city of Grenoble and the mountain ranges. 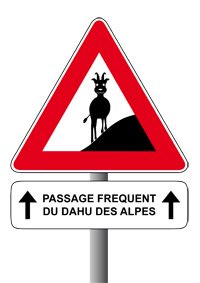 FREQUENT VISITS BY THE ALPINE DAHU

Grenoble City’s Green Spaces Services work constantly to improve the paths and maintain the walls, cliffs and wooded and flower-filled spaces of this exceptional site. Let us all do our bit to keep this space one of relaxation, contemplation and discovery, by acting responsible at all times.